Back during my Moscow Trip in September 2009, one of the most interesting things we saw were the Stalinist  Skyscrapers known as the 7 sisters.
The first one we saw, was the near the Kievsky Train Station…  on the morning of Arrival 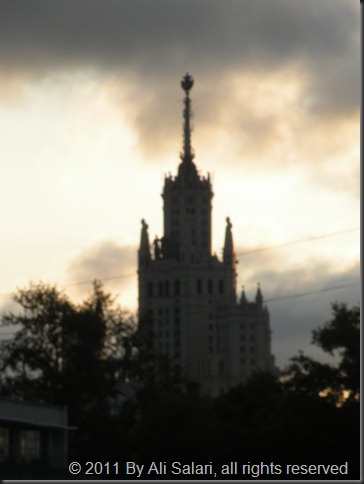 We later found out this was the Ukrainya Hotel.

Other Pictures we took while on the river trip later in the day Follow...

Here we have the Kotelnicheskaya Embankment Apartments, 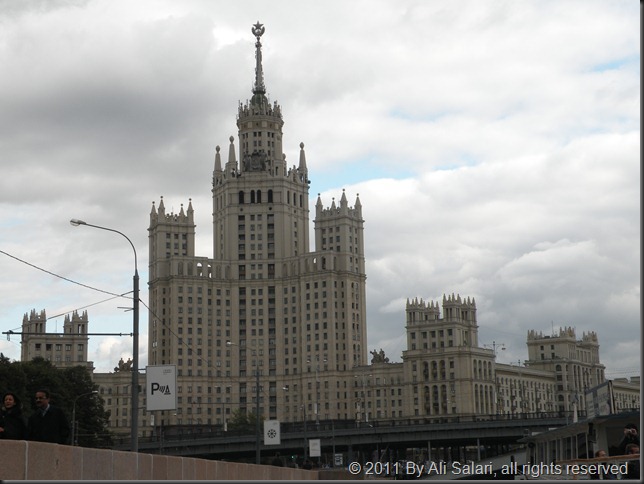 As we moved along the river we were able to see the Red Gate Administrative Building. 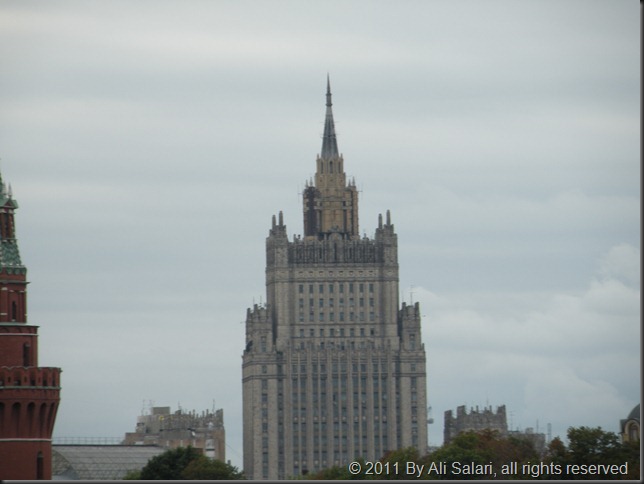 Further down, we see the Moscow State University: 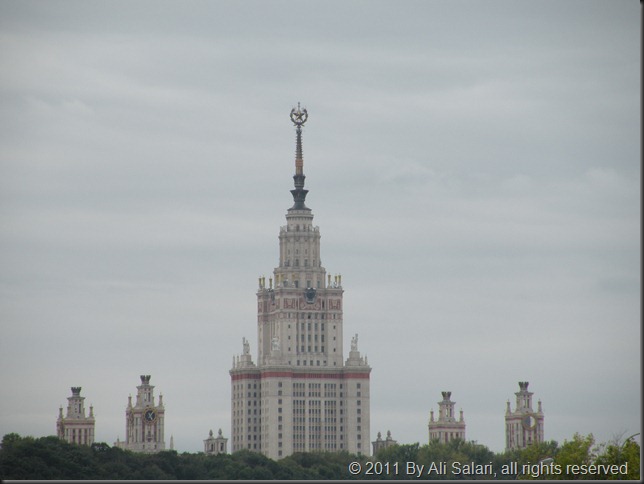 Here is the Hotel Ukrainia again: 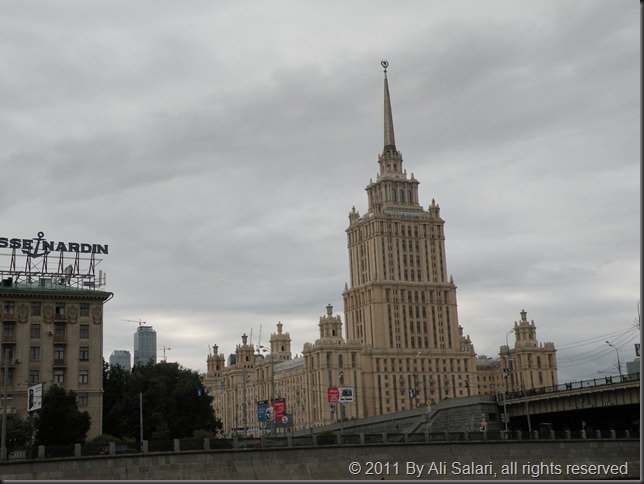 Followed by the Ministry of Foreign Affairs: 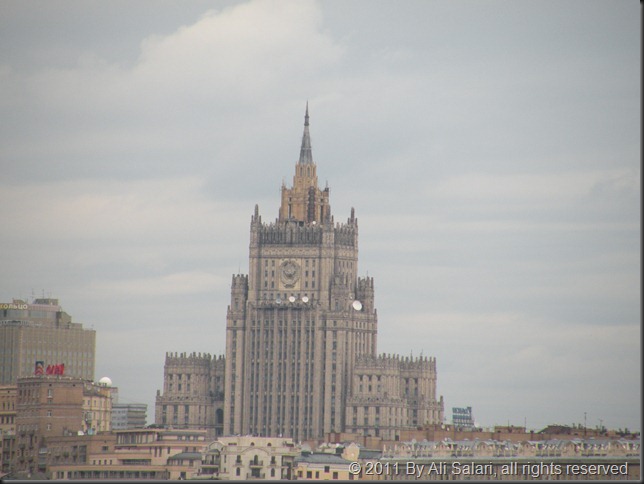 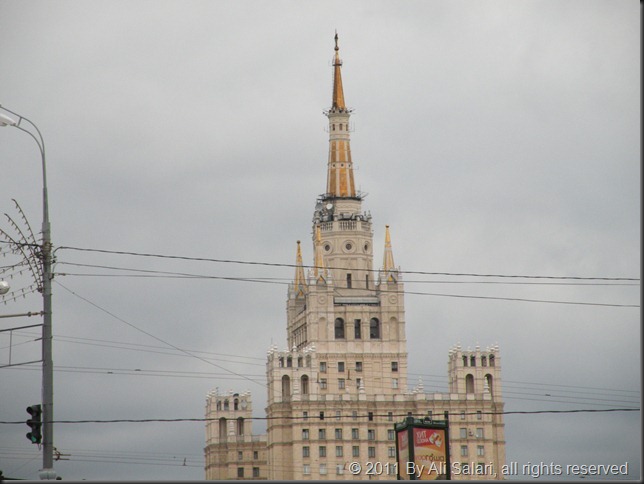 Unfortunately, I was unable to get a clear shot of the Hotel Leningradskaya

And although not a Stalinist Skyscraper, these are two interesting buildings…
The first… is the main library I think , which looks like an open book… is is the tallest structure in Moscow… 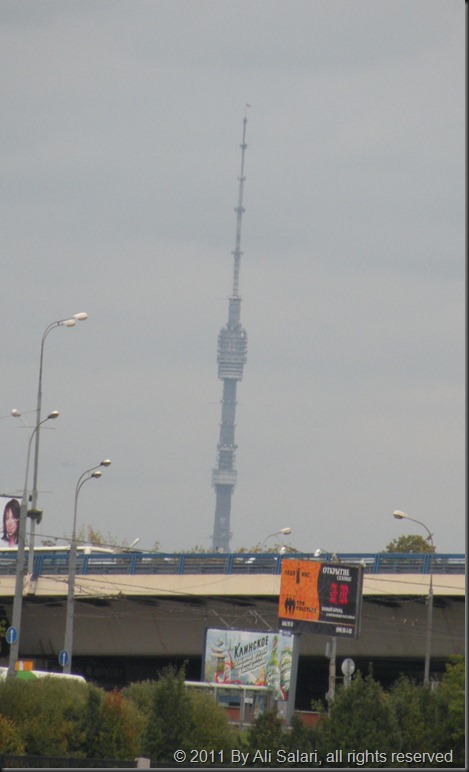